‘Dilbert’ Fired by Some Comics Pages, but Critics of Corporate Wokeness Might Get Last Laugh

One of the best ways to fight cultural absurdity is to make fun of it. Scott Adams, creator of the comic strip “Dilbert,” has spent... Read More The post ‘Dilbert’ Fired by Some Comics Pages, but Critics of Corporate Wokeness Might Get Last Laugh appeared first on The Daily Signal. 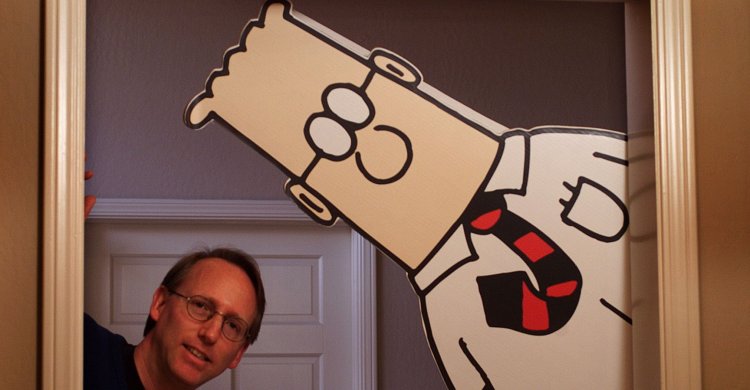 One of the best ways to fight cultural absurdity is to make fun of it.

Scott Adams, creator of the comic strip “Dilbert,” has spent 33 years leaning into that philosophy—poking fun at the woke mob, the cancel culture, and the outlandish social policies of the Left. After all, G.K. Chesterton once said, “Humor can get in under the door while seriousness is still fumbling at the handle.”

But for Adams, getting under the door isn’t the problem. Having the door slammed in his face by 77 newspapers is.

Turns out, the Left isn’t just sensitive, overbearing, and hypocritical—it’s humorless too. After a series of comics on corporate wokeness, Adams was informed by newspaper owner Lee Enterprises that his comic was being pulled by dozens of publications. Apparently, it’s OK to make fun of Christians, God, and church, but not the Left’s woke religion.

In one of the cartoons, Adams compares radical environmental, social, and governance policy to a “colicky” baby with “firehouse diarrhea.” In another, he mocks the Left’s political rating system for companies. But in the comic strip that got the most attention, “Dilbert” takes aim at businesses’ diversity quotas with a character named Dave, who identifies as white, despite being black. When that isn’t enough to boost the company’s ESG score, his boss asks him, “Would it be too much trouble to identify as gay [too]?”

As far as Adams was concerned, all of this was fair game. “All of the wokeness and anything that permeated from ESG … made its way into the business world, and then it became proper content for ‘Dilbert,’” he said, per Fox News.

Unfortunately for his fans, several overly touchy media moguls didn’t see it that way. And, for the first time since the comic debuted in 1989, thousands of Americans will open the funnies this week without Dilbert’s trademark glasses and striped tie.

To the brain trust at The Babylon Bee, which is responsible for taking modern satire to the next level, this is a disturbing trend of much more than censorship. “If we can’t laugh together about something,” Managing Editor Joel Berry has said on “Washington Watch,” “that’s a real sign our culture isn’t healthy.”

But, he said, it’s not hard to understand why the other side can’t take a joke. “The Left wants the Right to shut up because, when the Left talks, people are kind of repulsed by their ideas.” They know that their fanatical worldview “can’t stand up to … ridicule, logic, questioning—but especially ridicule. That’s why [humor is] such a powerful tool.”

If there is a bright side to the banishment of “Dilbert,” it proves the pushback against woke capital is finally paying off. For years, a handful of people in the trenches were fighting a very lonely war against corporate leftism. This latest overreaction is proof they’ve hit a nerve. As Strive Asset Management’s Justin Danhof would tell you, ESG has thrived in secrecy and conservative indifference for too long.

Now, thanks to the post-2020 fervor in Georgia and Disney’s collapse in Florida, more Americans are rising up to demand that companies stop picking sides.

At a panel on corporate activism at the Family Research Council’s Pray Vote Stand Summit, Danhof explained that public awareness wasn’t always on conservatives’ side. “Thirteen years ago, we could have filled a room on ESG with me standing in the restroom yelling at a mirror. … A few years ago, [the opposition to woke corporations] might have been the size of a locker room. … And now, we’re filling entire rooms on this issue.”

That’s because, he explained, “The Christian conservative movement, the conservative movement, and yes, writ large, the American movement has come to understand that business has gone too far. … The America people see it now. And we really are [at the same point] as the 1960s in academia,” where the grassroots have a chance to stop the extremist takeover, he insisted.

That will require more work, Danhof agreed. But now is the time to ride this swell of backlash and deliver the message that more companies need to “get back to your mission of being a business,” he said, “because there’s a place for culture wars [with] culture warriors like you and me. There’s a place for political battles—and that’s on Capitol Hill and statehouses. Let’s just get business back to business.”

Part of that, he insisted, means showing up. “These companies hear from every single affinity group on the Left,” Danhof argued—from “Planned Parenthood to Greenpeace.” But “there are no voices pushing back.”

He talked about a corporate chief financial officer who approached him at a shareholder meeting recently and said:

‘We have never had a conservative come to this meeting one time in over 25 years of attending. So, you know how easy it is for our board to give in … to what the other side is asking? It’s super-easy.’ And so that’s why, year after year, they take inch after inch—and soon, mile after mile, because they don’t hear from your perspective ever. … So, boycott on the individual level when it means something to you. But if you have investments in these companies, let them know. Let them hear from you … or they’re not going to be able to change their behavior. It’s that simple.

Most people don’t realize that to attend an annual shareholder meeting of a publicly traded company, “you need to own a whopping one share of stock.” So, if you’re upset with Disney, Target, Starbucks, or Amazon, guess what? Less than $60 could buy you the opportunity to confront an extreme CEO on an issue you care about.

It’s the same with every institution co-opted by the far Left: Americans have to make themselves heard.

Eventually, the Political Forum’s Stephen Soukup points out, conservatives “will have to make the long march back through all of the institutions to take them back.”

When he’s asked how people can do that in business, he says, “I have three answers: engage, engage, engage. Engage as a consumer … Complain as a shareholder … Talk to anybody you can to make a difference, because CEOs do not like pushback. They do not like negative publicity, and they do not like anybody questioning what they’re doing.”

At the same time, Michael Seifert insists, consumers can make a huge impact in their own backyards. His app, PublicSq., helps entire communities support businesses that aren’t openly hostile to their values. He had the idea:

What if we started somewhere, started small, and moved the purchases of our life more in alignment with our values to the point where the companies wake up and realize, ‘Wow, this whole woke bet that I took really didn’t pay off.’ So, we’ve created a platform where most of the companies are actually not neutral. They’re supporting our worldviews.

On PublicSq., every business agrees to a set of seven principles—anything from loving the Constitution to supporting unborn life. Seifert said that he realized “[i]f I’m going to ask other people to sway their purchases away [from woke companies], I’d better provide them with a better option.”

Today, there are literally millions of options from more than 25,000 verified businesses. “Consumers know the dollars that you’re spending are going to businesses that want to create the same type of country that you want to create. And it’s been truly an amazing way of pushing back.”

This article first appeared at The Washington Stand.

The post ‘Dilbert’ Fired by Some Comics Pages, but Critics of Corporate Wokeness Might Get Last Laugh appeared first on The Daily Signal.

EXCLUSIVE: Hawley Calls on Google to Explain Why It Has ‘Throttled’ Crisis Pregnancy... Furious trade worker rants at cyclists for going under...

The nearly eight-minute incident was filmed by one of the cyclists and posted to...

Pursuing surrogacy! Lance Bass and more celebrities have brought babies into the... 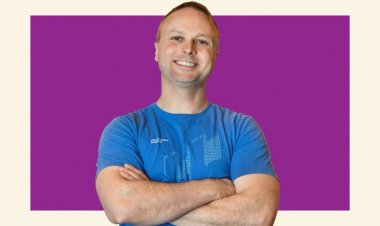 In an interview with Fortune, Unstoppable Domains CEO Matthew Gould shared his outlook... 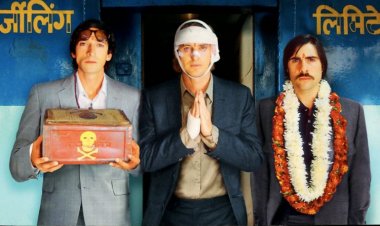 How The Darjeeling Limited Explores Grief With Cross&Cultural...

The Darjeeling Limited functions as a methodically paced meditation on the ever-changing... Looking Good in a Job Interview

NOUBI SAYS: It has been proven that career training alone is not enough to assure...